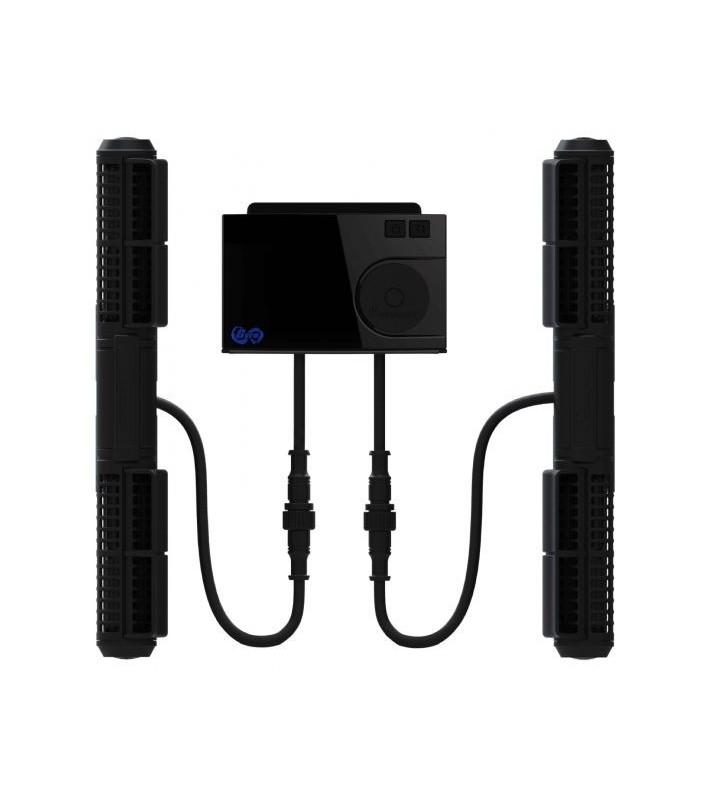 Many secure payment methods by Paytrail payment service. You can also pay in installments.

Fast shipping time for all products we keep in our own warehouse.

All regular products have 14 day return policy. Does not apply for custom made and order products.

Quieter thanks to the sine wave technology from the Turbine Duo!
The gyre generators excel in moving water from one side to the other of the aquarium. Due to its cross-flow technology, the Gyre allows a uniform distribution of the flow, avoiding dead zones in the aquarium.
With flow director!
Thanks to its cross-flow technology and its flow director, the Gyre 300 Series distributes water flow evenly and precisely to any part of the aquarium, thus avoiding dead zones. With the flow director, the Gyre pump can be positioned closer to the surface of the water, thus reducing the effects of breakage with the water surface and preventing the formation of vortexes.
SYNA-G App support for iOS and Android devices.
With the ICV6 controller and the SYNA-G application, it is possible to control the Maxspect gyre via a smartphone or tablet.
The new "Custom Wave" mode allows users to very easily setup up to 3 different water movement modes which will be cycled through one after the other.
IMPORTANT!
The Gyre 300 Series and Gyre 300 Series parts are not compatible with the Gyres 100 Series and 200 Series!
Maxspect

No customer reviews for the moment.